Connect with us online … 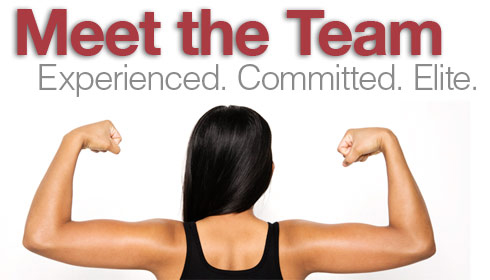 “We couldn’t ask for a better career. To know that we’ve played a small part, directly or indirectly, in helping someone become more healthy and fit and ultimately changing their entire life is about as rewarding as it gets. Our goal is to provide a world-class fitness facility, cutting edge programming and the support and accountablity clients need to help them adopt a more healthy and fit lifestyle.”

“We are completely passionate about the benefits of regular exercise and believe a consistent regime will positively impact anybody’s life. Our vision is to assist as many clients as possible adhere to an exercise program so that we help create a society that is happy, healthy and fit – mentally, physically and spiritually.”

J. Beasley has been around athletics and athletes most of his life. At the age of 17, J.‘s successful high school baseball career ended when he was drafted by Professional Baseball’s Houston Astros. After unfortunately suffering a serious elbow injury, J. ended up not signing with the Astros and began competing at the junior college level.

He continued to improve after the injury and was drafted every year of his college career: Houston again in 1997, San Diego Padres in 1998 and the Cincinnati Reds in 1999, with whom he signed and played. After tearing his ulnar collateral ligament, suffering nerve damage in his elbow, and enduring multiple surgeries, he had to leave Professional Baseball and decided to pursue a career helping people achieve their health and athletic goals.

Today, J. takes his professional sports experience and strives to help youth and adults reach their fitness potential. He’s a Master Trainer with 14 years of personal training experience and 20+ years of athletic training. MTV recognized him as one of the Top 16 trainers in the country. J. has also been recognized as a “Fitness Industry Leader”, is a contracted fitness model, and has been featured in ad campaigns for many companies, including Nike.